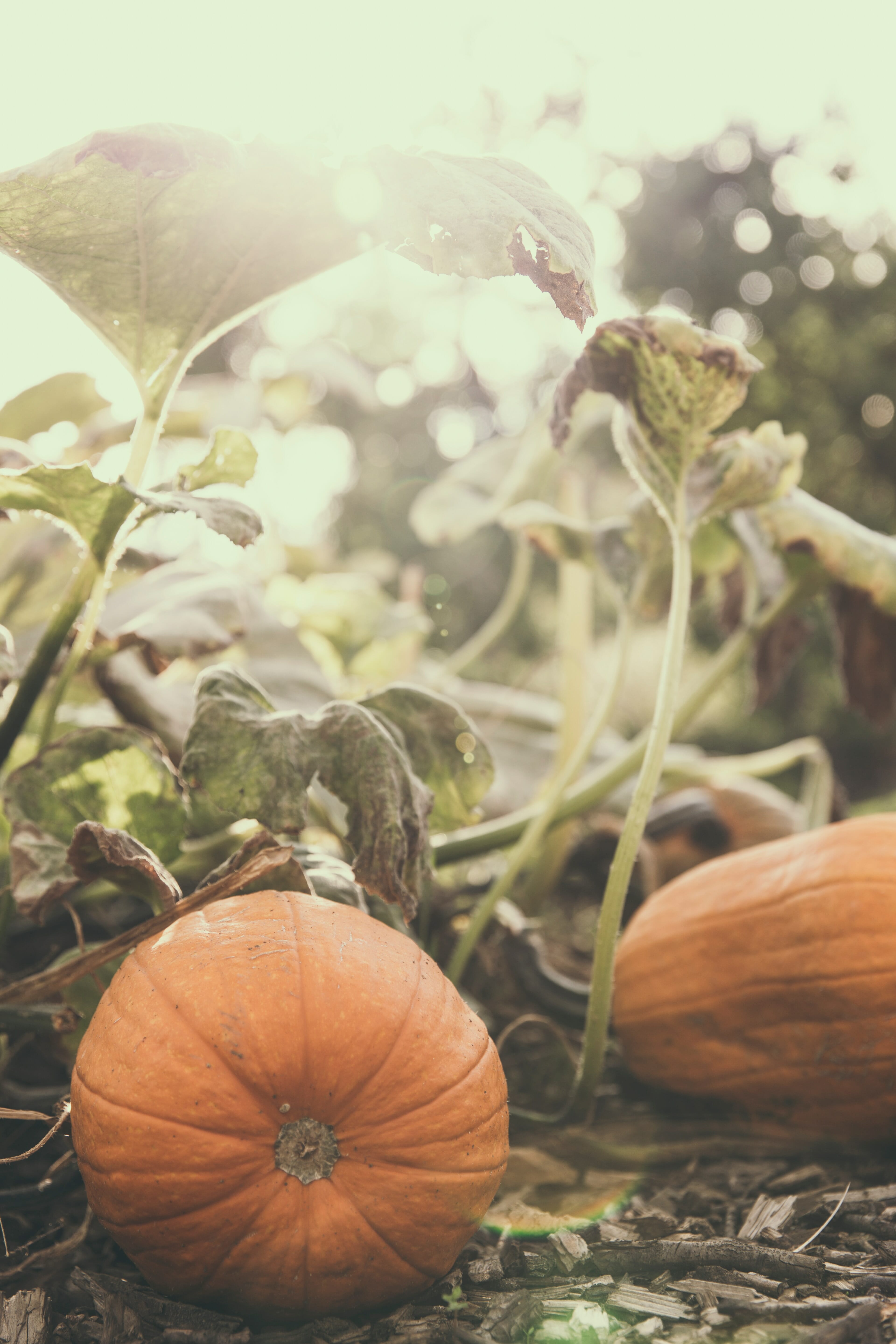 It’s was like it appeared over night!  All of the sudden our neighbors had this giant vine growing in their front garden bed.  We ran into them a few days later, and they shared with us that they thought it might be a pumpkin vine.  Apparently last fall they had a pumpkin sitting by their front porch on the ground, and to their great surprise, it seemed like a year later a seed from that pumpkin had taken root!

Sure enough, week after week we have watched this vine and seen a little pumpkin grow larger and larger.  It’s currently in the process of turning from green to orange, and it’s amazing how something so big can grow from something so small that you didn’t even know was there!

Isn’t that often true with our faith?  We may go through a season of pain or confusion that seems to produce no fruit.  We wonder why the Lord allowed it to happen when He could have stopped it.  And yet sometimes, down the road, we have the blessing of looking back.  And when we do, we see that amidst the tears and prayers of that hard season, there was a little seed of faith that had been planted.

That little seed was tended by the Great Gardener, and as we leaned heavily upon Him during that trial, He caused roots to grow from that seed of faith.  James puts it this way,

“Count it all joy, my brothers, when you meet trials of various kinds, for you know that the testing of your faith produces steadfastness.  And let steadfastness have its full effect, that you may be perfect and complete, lacking in nothing.”

That little pumpkin seed had to endure months of laying in the frozen ground, and waiting patiently until the spring thaw.  Finally, once the temperatures were warm enough, it broke open to reveal a pumpkin sprout that pushed its way up.  It continued to depend on nutrients from the ground, sun and rain to grow.  And grow it did.

“The only way to the abundant life is to accept discomfort in your life.  The way to what we want is often through what we don’t want.”

It’s not comfortable, but faith grows out of trials.  And through those trials, steadfastness is produced.  James encourages us to let steadfastness have its full effect, that you may be perfect and complete, lacking in nothing.  God longs for us to surrender, and allow Him, the Great Gardener, to tend to the garden of our hearts.  He desires for us to trust Him when the winds and the frost and the downpours don’t make sense…just like that little pumpkin seed did.  He wants us to remember that He will provide what’s necessary for our faith to grow.

As more and more pumpkins are popping up on front porches across America, I hope that they remind you that God is at work in your trial.  He isn’t absent or turning away, but rather so very present and near.  He longs to tend and nurture the garden of your heart if you will only let Him.

*update: since initially writing this post, our neighbors pumpkin is no longer still on the vine, but is now proudly sitting on the porch stoop…a truly happy ending for that pumpkin seed 🙂