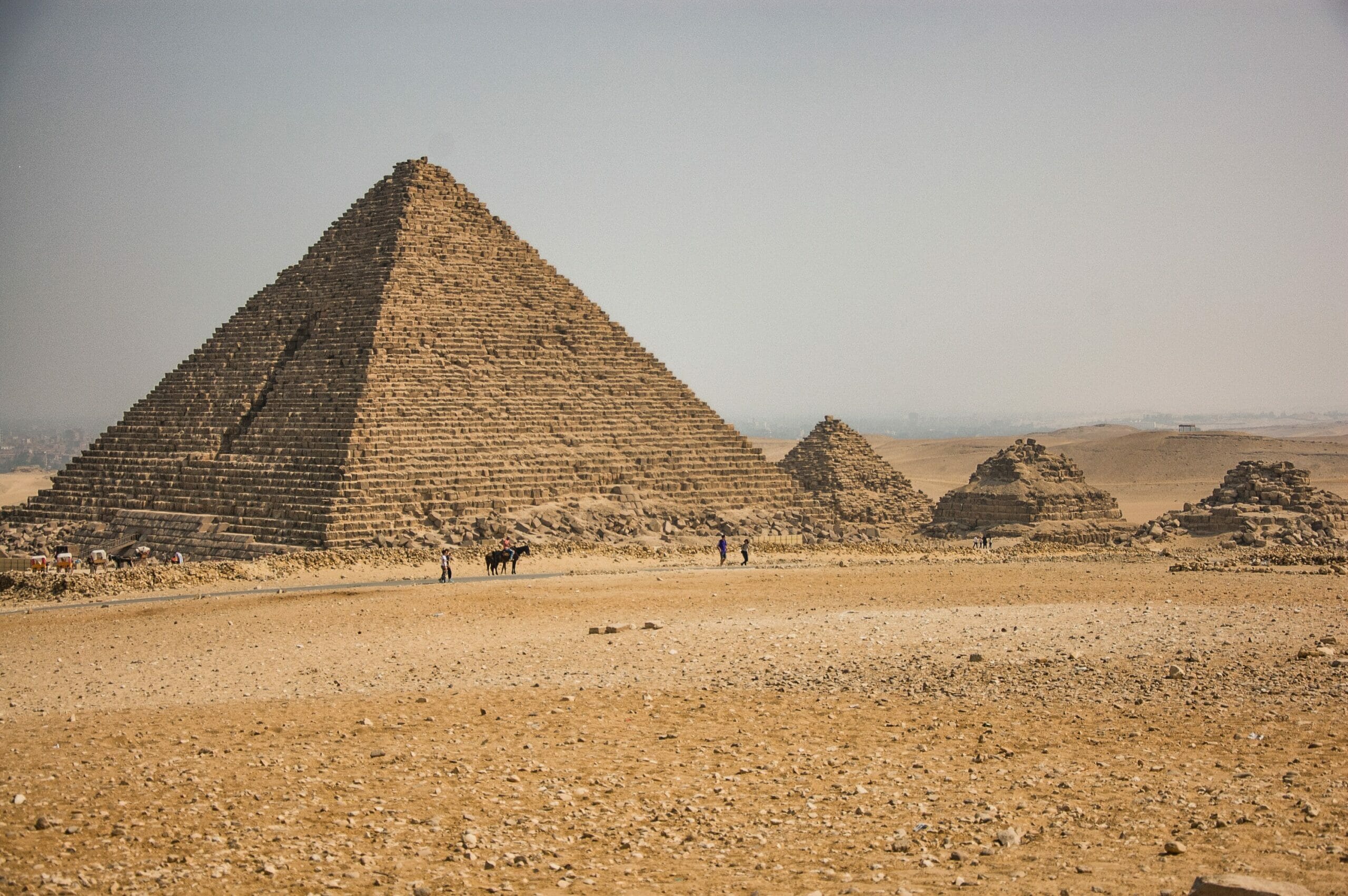 Reflections on Preaching Through Exodus in a Pandemic

When I reflect back on these strange days years from now, Lord willing, I will not just remember the pandemic, but I will remember studying and preaching through the book of Exodus in a pandemic.

It took just over seven months to preach through Exodus, but in that seemingly short span of time, the world changed.  We began Exodus 1 on January 5th and concluded Exodus 40 on August 2nd with the book’s final words “throughout all their journeys”, affirming that God fulfilled his promise to be in the presence of his people. The year 2020 has been a journey for sure, and I couldn’t be more grateful for God’s providence in having us study this particular book in this particular year.  Below are six brief reflections

1. Stick to the Script

I’ve written before about our commitment at Grace to expository preaching in general, and of preaching through entire books of the Bible in particular.  A primary reason for that conviction is that God’s Word sets the agenda of what we need to hear and when we need to hear it, as opposed to me sitting in my office deciding what passage would be best.  God’s providential timing in having us walk through Exodus in 2020 was evident all throughout the series:

I’m not saying it was wrong for pastors and churches to interrupt their series and choose passages to relate to current events, but I do believe it is better to let God set the agenda and trust He’ll provide us with what we need to hear.  Stick to the script because, after all, He wrote it.

2. This World Is Fallen

Exodus is a great story of redemption, but the reason redemption was so needed is because the darkness of evil was so dark.  Pharaoh had enslaved an entire nation simply because of their ethnic heritage, and he failed to see fellow humans as image bearers.  The failure to see other humans as inherently human may very well be the most fallen aspect of a fallen creation, both then and now.

Sin is a big deal not only because it separates us from God and one another, but because it was and is the reason why all pain and sickness exist in the first place.  This world is broken at every level, and the foundational reason is sin.  Did God send Covid-19 upon the United States in the same way he sent the plagues upon Egypt?  I don’t think so, but we do know that both natural sickness and human division is a result of the fall and that at the very least, God allowed it.

In the suburban context that Grace church exists in, we can tend to over romanticize the world around us because of how comfortable we are relative to the rest of the world.  It’s usually easy to shield ourselves from pain, fear, and unrest in the suburbs. Except, not this year.  Not 2020.  God exposed a lot of (if not all) false gods in our culture this year, including the idol of control and comfort, just like he exposed the false gods of Egypt during the time of the plagues.  Those who trust in this fallen world to deliver the hope and redemption they long for will find out, sooner or later, that it is completely unable to do so.

I preach a lot about suffering in my sermons because, frankly, the Bible talks a lot about suffering and we preach the Bible.  An interesting question has risen over the past several months since the pandemic hit – are we being punished?  Is American being disciplined?  Are individuals who contract Covid-19, suffer, and in some cases die, being punished for their sin?

Like above, I believe the answer is no.  In short, the Bible says that while God does not cause all suffering, he is sovereign over all suffering.  What this means is that God is not personally giving nations or individuals a virus to suffer, or to give people anxiety over the potential a virus, but he is providentially seeking to use all suffering to draw people to Himself.

God took no pleasure in the pain and enslavement of his people in Egypt, but he did use that level of suffering to draw them near and hear their cries for rescue.

During those many days the king of Egypt died, and the people of Israel groaned because of their slavery and cried out for help. Their cry for rescue from slavery came up to God. And God heard their groaning, and God remembered his covenant with Abraham, with Isaac, and with Jacob. God saw the people of Israel—and God knew. (Exodus 2:23-25)

God knows. He knows your pain, he knows that what you need most is for Him to remember his covenant, and while he nor we will ever take pleasure in suffering, we can look back and be grateful for it in the sense that it drew us closer to Him

4. God Will Never Forsake His Covenant

We can model imperfect versions of covenantal love in this world, at best, but God is the standard.  He makes a covenant with his people, to be their God and bring them to the Promised Land, and he secures the covenant through a blood sacrifice.

Even when Egypt immediately rebels against God and builds a golden calf, trading in God’s glory for lesser things, he stays.  He renews the covenant and atones through sacrifice, which will foreshadow the One who will come and give a blood sacrifice once for all, for the forgiveness of sins.  Jesus will usher in the New Covenant, with the law written on the people’s hearts, and it will never be broken.

It was great comfort for us as a church, that no matter what happens, we know how the story ends.  God wins.

5. Grace is the Best Motivation for Obedience

One of the biggest misconceptions of the Bible and Christianity is that the Old Testament was about law and performance to impress a distant God, while the New Testament is about grace and mercy brought about by a near God.  A plain reading of Exodus blows this misconception out of the water.

God rescued his people out of Egypt and then he gave them the Ten Commandments along with the rest of the law.  Freedom, then law.  Grace, then obedience.  God essentially said “I love you and have rescued you, because I love you”, not because of anything Israel had done to impress him.  Surely parents know this to be true in their own lives, for if someone asked a new parent, “Hey, why do you love your child?”, they won’t say they love them because they slept all night at 6 months (they probably didn’t), they were able to read at 2 years old (they most likely didn’t) and they behaved perfectly by age 3 (they definitely didn’t).  And yet, their love is fierce for their children, but why?  Because it’s their child, and that’s the only reason they need.

It’s the same with God and his chosen people.  He loves us, because he loves us.  And he rescued us from a life of sin through the life and death of Jesus Christ, and he sent the Holy Spirit to dwell within us and grow us into the image of His Son.  This is the best motivation for Christ-centered living and pursuing holiness in our lives, not so that God may accept us one day in the future if we do good enough, but that he has already accepted us in Christ.

Exodus ended with the fulfillment of God’s promise to dwell with his people through the tabernacle, and to guide them to the Promised Land “throughout all their journeys”.

He doesn’t guarantee it will be a smooth journey as we navigate a fallen world, but he guarantees he will be with us each and every step of the way.  Israel will have a rocky road ahead of them, it’s not smooth sailing from here on out, but God will never forsake his covenant to his people.  And in the same way for us in the church today, for those who repent of their sin and place their faith in Jesus Christ, God’s presence will outshine all circumstance

We can move forward, one day at a time, because God goes before us and with us.  As Martin Luther King said, “If you can’t fly, then run.  If you can’t run, then walk.  If you can’t walk, then crawl.  But by all means, keep moving.”

That is as true today as it was when we began the series in Exodus on January 5th.  Even though the world has changed in between, our God remains the same.  So what about between now and next January, what will happen? What will the world look like?  I don’t know, but what I do know is God will be there. He already is.

And so by his grace, we will keep moving and he will sustain us and bring us to the promised land, just as he brought Israel to Canaan – because “on the rock of Christ he has built his church, and the gates of hell shall not prevail against it.”