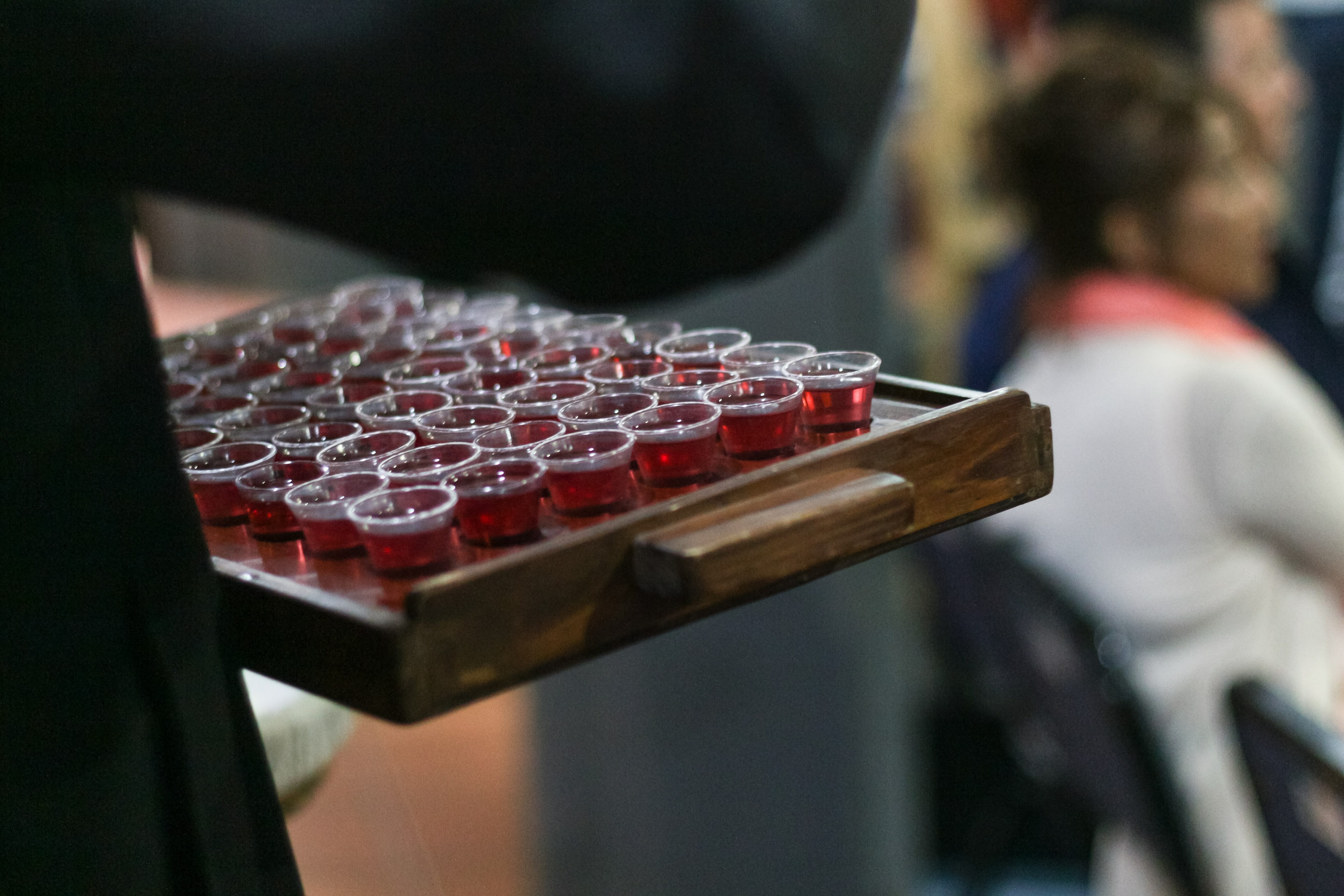 Magic, Mystery or Memory – What is the Lord’s Supper?

What is the Lord’s Supper, exactly?  Is it magic? A mystery? Is it just a memory?  You know the story: on the night Jesus was betrayed, he took bread and broke it, saying “this is my body given for you, do this in remembrance of me.”  After supper he took a cup of wine and his disciples all drank from it, and Jesus said “this cup is the new covenant in my blood, which is poured out for you.”  But do we really experience Christ’s presence when we take the Lord’s Supper today? How?

The Lord’s Supper is one of two sacraments that Jesus taught his followers to observe (the other being baptism).  According to the New City Catechism, the sacraments are “visible signs and seals that we are bound together as a community of faith by [Jesus’] death and resurrection. By our use of them the Holy Spirit more fully declares and seals the promises of the gospel to us.”  If parables are stories that teach us what the Kingdom of Heaven is like, sacraments are visuals.  But more than that, they are visuals that we participate in. And even more than that, through the sacraments the Holy Spirit “seals the promises of the gospel to us.”  So we participate, and the Holy Spirit participates.  But what are we doing and what is he doing?

In order to answer this question we have to examine what Jesus meant when he said “this is my body,” and “this is my blood.”  What does that mean? This was a point the theologians of the Reformation debated vigorously. In the Roman Catholic church, Jesus words were taken to mean that the bread and wine literally turn into Jesus’ flesh and blood, a doctrine known as transubstantiation.  The Reformers saw how in practice this led to an idolatrous re-creation of Christ’s once-for-all sacrifice, and they rejected it.

Among the Reformers, however, there were also several diverging views. Martin Luther was probably the closest to the Roman Catholic view; he maintained that Christ is really present in the Lord’s Supper, but supernaturally rather than literally.  The Swiss Reformer Ulrich Zwingli, on the other hand, emphasized the memorial aspect of the supper; our participation in it serves as a reminder of our real union with Christ as a believer.  John Calvin offered another alternative: we really do participate in the body and blood of Jesus in the Lord’s Supper by the Holy Spirit’s act of bringing us into Christ’s presence.  In other words, the bread and wine don’t really turn into Jesus’ body and blood, but they are symbols of a very real spiritual thing that happens when we take them. When we eat the bread and drink the cup, we really are being nourished by the body and blood of our risen Lord.  We are not just reminded of but are really drawn closer in our union with him, and we are sustained by the Holy Spirit’s seal of the promise that all that belongs to Christ, now belongs to us.

The Reformers were right to reject transubstantiation, but I also think we sell ourselves short when we view the Lord’s Supper as merely a memorial service, which is sadly the most common perspective in evangelical churches today.  Imagine being invited to a supper and your host doesn’t show! We can really experience Jesus’ presence when we take his supper. When he said “this is my body” he meant it then, and he still means it now. He binds us together as a church when we share this meal, and he binds us to himself.  He feeds our souls with his real resurrected body and blood. He reminds us that because of our union with him we can never again be separated from God. It’s a meal from which we can never go away hungry!